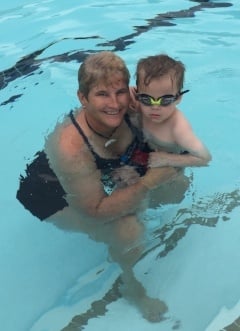 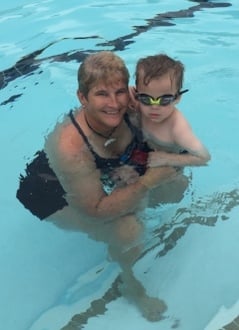 It was May 6, 2016, and the Northside Independent School District here in San Antonio had a half-day of school. It also happened to be the Friday of Mother's Day weekend. As it had been a very warm Spring, most neighborhood pools were already opened for the summer season, but were without lifeguards until late May, so the pools were "Swim at your own risk". Several families decided to head to the subdivision pool after getting the kids from school. All the kids from these families ranged in the 3-7-year-old range and were in floaties or puddle jumpers while playing in the pool. They decided to order pizza to be delivered, and once it arrived, the moms got the kids out, took jackets/floaties off, and started preparing the food to eat. One of the little 4-year-old boys decided he wasn't hungry and walked to the midsection of the pool which happened to be the deepest end and jumped in.

A couple teenagers swimming at the pool, who had been playing catch with the little boy earlier in the day, saw DeClan jump in and came to his rescue. After a doctor cleared DeClan for any injuries the family realized just how grave the situation could have been. While it was extremely scary for everyone involved, unfortunately, this scenario was not uncommon. Children can become so used to flotation devices that they are unsure of what to do when they are in a situation without them.

Now I want you to know that I did not know any of these families personally. I have been teaching swim lessons for over 20 years and had been in contact with several families including Natalie, DeClan's mom, about starting swim lessons for their kids come June of that year. After the incident, I messaged Natalie and offered a couple private lessons for DeClan thinking that the longer he stays away from the water the more fear would set in. I was shocked when she said yes and asked when I could start. I had my first lesson with DeClan the next Friday, five days after his ordeal. I was a little nervous to start so quickly but she said the doctor was okay with it.

I was under the pavilion of the pool that the incident occurred and DeClan walked up and asked his mom, “where are my floaties?” Natalie told him that he wasn't wearing them because they were only there for his swim lesson with me. I looked at DeClan and told him he didn't need floaties because he would be with me the whole time. He took my hand and we walked over and got into the pool. 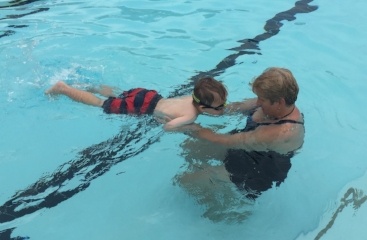 I was holding him while he kicked behind his body as we moved through the water.

He seemed pretty comfortable so I asked, "So I heard you had a little incident here last week?" He said, "Yeah." I replied, "So tell me about it."  He said, “I went in the pool without my floaties."; "And what happened?" He said calmly, "I went to the bottom." I told him I wanted to show him what to do if that ever happened again. He said, "No! I don't want to go under!" I told him I can understand that but I will be with him the whole time.

First, all I wanted him to do is kick his feet really hard under his body. He kicked and his body came farther out of the water. I told him even though I was holding him that it was his kicks that made his body come up out of the water. Then I told him I wanted him to do the same thing while we go under the water. We did and he kicked us up. Then I told him I would go under again with him but I was going to let him go and I would grab him once we came up to the top. He did that several times and then I had him do it while I stayed at the top of the water.

After a couple weeks of lessons with DeClan, I was talking to Natalie on the phone. I was telling her that I truly thought God had brought DeClan into my life. At the time, I wasn't feeling like I really had a purpose in life. I have always wanted children of my own but I couldn’t have them (medical reasons) and I just felt that I wasn’t doing anything that really had any meaning. DeClan gave me a purpose and I made it a mission to teach as many kids to swim as I possibly could that summer. I also continued teaching water safety classes so kids knew what to do in a water emergency. To my surprise, and I’ll admit it made me get tears in my eyes, Natalie said she and her husband had been saying that God brought me into their lives. She said with just that very first lesson DeClan would know what to do when he jumped in and realized that his body wasn't going to pop out of the water like the floaties would have had him do. DeClan is safe and will never have another incident like that again.

I Am a Firm Believer that Organized Swim Lessons Save Lives

I am proud to announce that after several lessons Declan swam more than 3/4 of a 25-meter pool by himself. I am a firm believer that "organized swim lessons save lives."

I believe God does have a plan for me. I was offered and accepted the position of General Manager of SafeSplash Swim Schools in San Antonio. We have four locations in the area and are located out of LA Fitness Centers. You do not have to be a member of LA Fitness and we have lessons for 6-month-olds all the way through swim lessons for adults year-round in our indoor, heated pools.

I would love the opportunity to spread how important swim lessons are. Most people don't even think of lessons until Spring and Summer when classes are full and not as time-flexible. Taking lessons now can be more beneficial as classes are not full and ratios are a lot smaller.

Please call me 210-910-4595 or email me at cthienpont@Safesplash.com with any questions.

SafeSplash has a great tool to help you if you have any questions about where your child's swim ability is. Click the banner below to start the Class-Level Wizard!

Lisa, My Mom, Learning to Swim