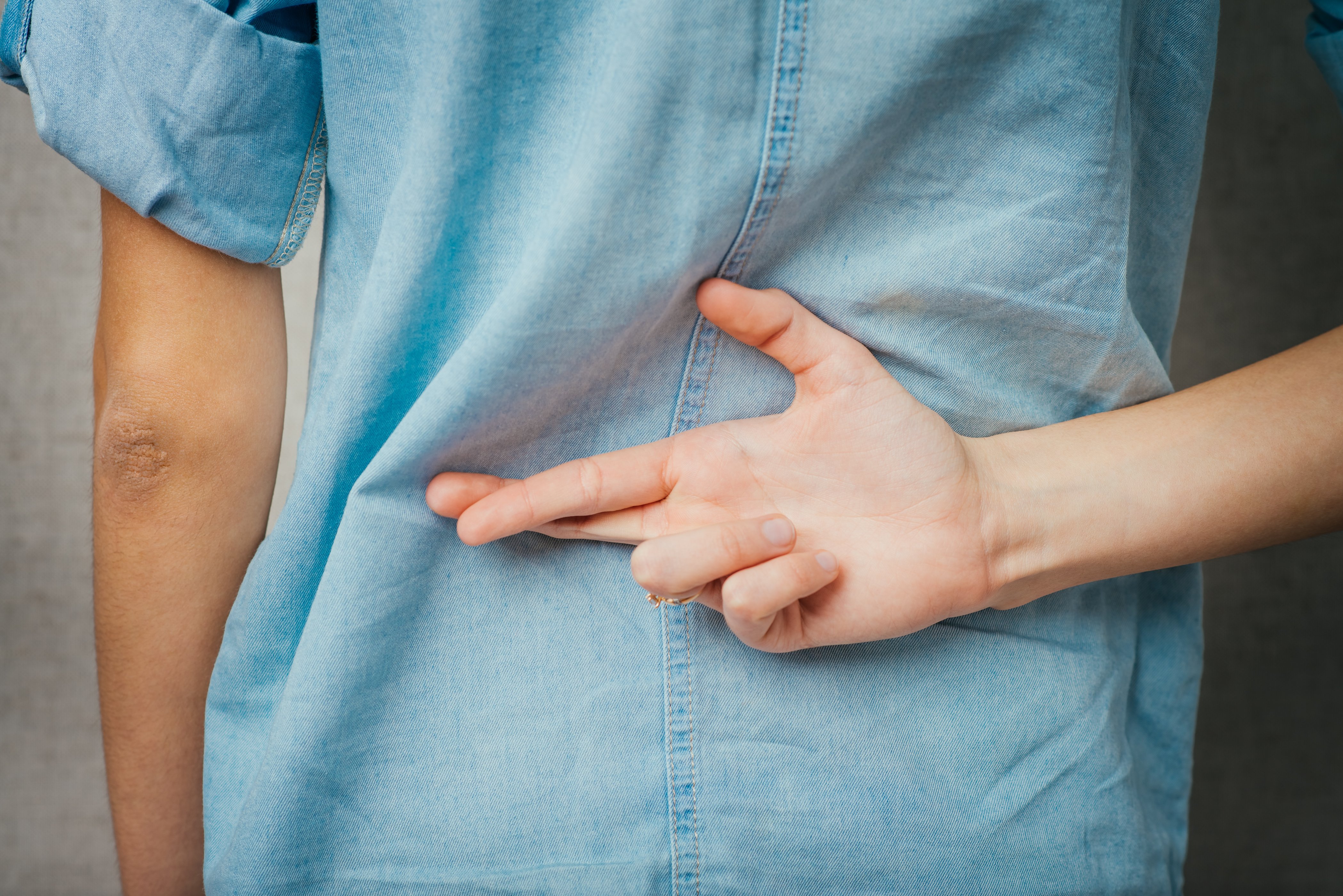 The fact that kids lie probably won’t come as a shock to many parents.

Now, the reason why they lie and the severity of the lie depends on a few factors. How parents react to the lie is equally, if not more, important.

What to Do When Your Child is Lying

Figuring out how to tell if a child is lying and what to do can be a challenge. Your best course of action depends on their age.

Kids this age are just starting to grasp the difference between reality and fantasy. But they don’t have the understanding to think before speaking. Kids also don’t recognize there are consequences for lying.

Plus, they really aren’t trying to deceive. They simply are trying to make things OK again since you might seem upset or appear mad. So the lie is an attempt to smooth things over and make you happy again.

Handle it by responding with facts. Show your toddler how what they told you simply doesn’t work. Most of all, don’t punish them. This way you’ll be able to start showing them right from wrong.

Kids at this age are still figuring out their place and testing boundaries. No need to make a big deal about them lying.

Tell them that lying isn’t OK while stressing the importance of telling the truth. Offer them input on how they could’ve handled the situation differently as opposed to lying.

Remember, kids this age are always watching you. So practice what you preach by always telling the truth. That will set a good example.

Your child knows by this age that lying is wrong. They also know lying is a way to get them out of something. Is your child lying to avoid punishment? Quite possibly, depending on the severity of the lie.

They also might be lying since they haven’t developed problem-solving skills yet. So the child lies to get themselves out of a problem. Once you’ve determined what the lie is, teach your child the necessary problem-solving skills they can use to deal with the issue instead of lying. Telling a lie just digs the hole deeper.

That said, don’t excuse their behavior because they didn’t know an alternative solution.

Children are more apt to lie during these years for several reasons. They feel peer pressure to fit in, they’re trying to avoid trouble, and they are battling you for control.

They still don’t have the foresight to see the potential results of their actions though. Telling a lie can have unintended consequences that lead to a bigger problem. Kids can also develop an unwanted reputation as a liar.

Continue to reinforce to your children that lying is wrong and can lead to serious consequences.

What Not to do When Your Child is Lying

Don’t get upset. Instead, handle the situation in a way that gets you the desired outcome.

Don’t Call Your Child a Liar

This can do more damage than the actual lie. You’ll have an easier time dealing with why your child lied than you will with the wound that’s left from calling them a liar. That label – coming from mom or dad – can stick with a kid long-term. Such a label is a recipe for your child feeling badly about themselves and setting up a pattern of lying.

Your child lied, plain and simple. This isn’t an FBI interrogation so no need to treat it as such. Once you know your child lied, calmly discuss the issue that caused them to lie in the first place. But also use the opportunity to reinforce why lying isn’t a good idea.

Make it a Learning Experience

So your child lied. Don’t dwell on the negative and try to avoid the lectures. Instead, turn it around into a positive learning experience.

You’re better off making this a teaching moment. Helping them understand why they shouldn’t lie, and how to better handle future situations will be more beneficial down the line. Reinforce that everyone makes mistakes and, most importantly, you still love them.

Look, your kids are going to lie to you. You lied to your parents when you were a kid, didn’t you? Try not to focus on the fact that your child is lying. Remember, there are ways you can turn this into a teachable moment. And that’s the truth!

The Ultimate Self Care Routine for Kids