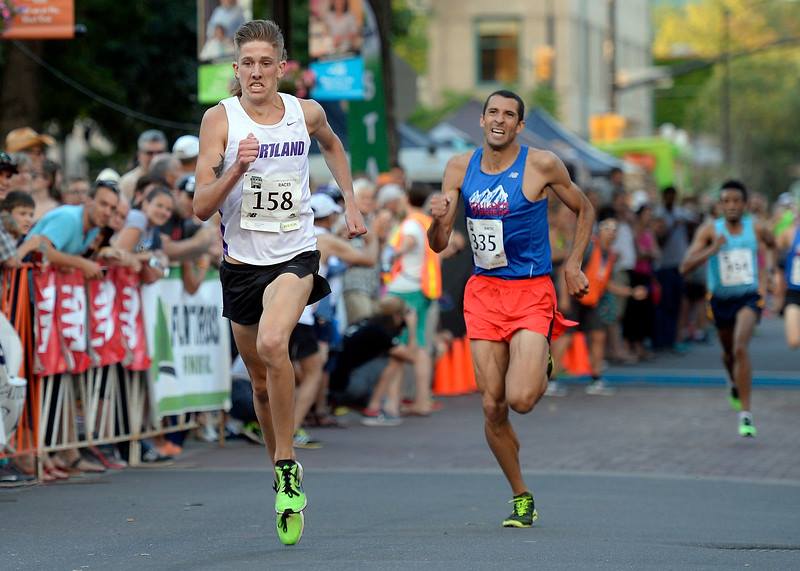 One of the biggest sources of joy in my life is going for a long run. When people find out that I run 70-100 miles a week depending on the time of year the most common response is “why?” The answer for a long time was mostly made up; this was because I wasn’t sure how exactly to put into words what running meant to me. Then I came across a book titled What I Talk about When I talk about Running by Haruki Murakami. I found it to be incredibly insightful to what happens to your mind and body while slogging out the miles.

Murakami and I have very little in common on the surface. He came to running later in life while I have been running competitively since I was 15. He runs what would be considered by “elite” standards to be a relatively pedestrian marathon (around 4 hours). while I have never run a marathon, I am considered to be a relatively successful runner and ran at a highly competitive Division 1 college (we were 3rd at the NCAA cross country championships in 2014). Despite all these surface differences I haven’t heard or seen anyone so eloquently describe what it means to be a runner.

His first caveat of the book is to say that he isn’t writing it to preach to anyone the benefits of running. I love this, running is definitely not for everyone, I have never felt offended by people who say they hate to run. Because the truth is, sometimes I hate running. There are often days where the last thing I want to do is put on my shoes and get out the door. Eventually though, almost every time I feel this way, I end up going on a run, and I’ve never once regretted it. I think this is the main reason why I run. It brings me an immense amount of joy.

The second big question I get when people find out that I’m a runner is: “what do you think about?” Here again, I usually would make up some half-truth that didn’t really capture what goes through my mind. Murakami again sums up perfectly what it is that goes on in my head while I run:

“I just run. I run in a void. Or maybe I should put it another way: I run in order to acquire a void…The thoughts that occur to me while I’m running are like clouds in the sky. Clouds of all different sizes. They come and they go, while the sky remains the same sky as always.”

While I would never recommend that everyone take up running, I would however, highly recommend finding whatever it is in your life that takes you to this void. The world is too full of distractions and having something that forces you to be present from moment to moment is worth seeking out.

SafeSplash Swim Family: Our Hearts are with Houston

Thank You For Participating in the 'I Swim Because' Contest!

Why My Husband and I Took a No Kid Vacation