Deer on the Mountain 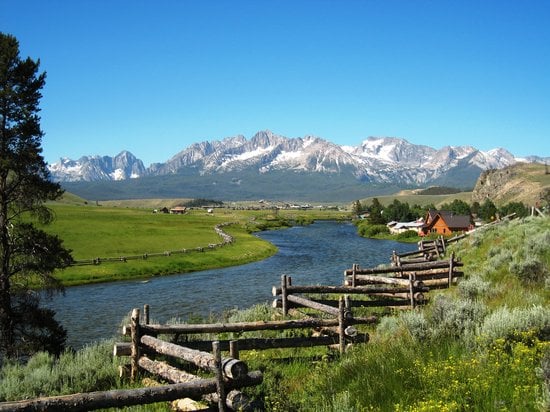 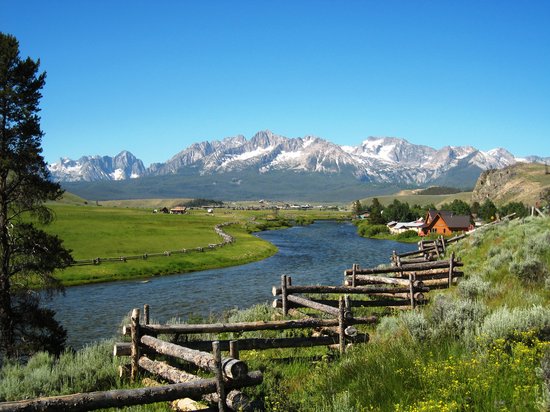 I have always had fond memories of my cabin. It was an escape as a child. Not that children really need an escape but it was the best part of summer. It was secluded far back into the Rocky Mountains in the Sawtooths. It wasn’t one of those cabins where everyone went to a time share on a paved road and enjoyed the ruggedness of only 3 channels on the TV. We had no pluming, it was all dirt roads, and all the electricity and pluming we had was from a generator we had in back. It wasn’t exactly roughing it, seeing that it was still a cabin, but it was away enough from civilization that you could feel free again.

As children we mostly played in the dirt, climbed the mountain in the back yard, and splashed in the creek running about a hundred yards from the porch. We had dirt bikes and a little purple bike that had to be a hundred years old that we took turns on riding around the outhouse and back. No phones would work so the only way to wrangle us all back in was to hear my mother’s whistle, and if you couldn’t hear it you were too far and you better have a darn good reason!!!

Most of the time it was just our household, but on occasion we would get to see others from my family. Grandpa would listen to the Cardinal's game on the old radio with tinfoil on the antenna. Dad, Mom, Aunt Debbie, Uncle Ab, and Terry would play poker by lantern light. My cousins and I would play in the woods or roast marshmallows by the fire side. That all being great and all, that wasn’t where the magic happened. The magic happened at sunrise.

Grandma Hance would get up before everyone else, and sit, staring out the window at the mountain as she boiled water for the coffee. There were two mountains that met and a gully between them. It was full of trees, ferns and undergrowth, tons of fun to play in and lots of wildlife to chase. The cabin is West facing and the mountains North so they stayed shaded.  Grandma would sit and watch out the window looking for deer and cook breakfast on the same unwashed skillet she had for over twenty years. When done, she would sit in the sunshine chair and do crosswords while we enjoyed breakfast. I tried to sit with her some mornings. She would ask me "Little Glen do you see them; do you see the deer?" I couldn’t. I would stare at nothing for a bit then go back to bed or run around elsewhere. It was too early to be up and too much sitting.

Grandma died of Cancer a few years later. We visited the cabin as always and still I could not sit and just watch. Sometimes I would wait for hours and nothing. I began cooking on grandma’s old stainless steel skillet, I learned to make everyone's favorite. Eventually I began to sit in the sunshine chair. I would let the sun hit my face and arms, scaring away the cold, and do a puzzle.

One day I finally worked up the courage to go again. I couldn’t go alone so I brought my girlfriend. I showed her around the area, where we used to play, where our old hiding spots were, and I even took her fishing. It was great to be back there and I enjoyed all the memories that flooded me as I tried not to bore her with all the old stories that only I laughed at because you had to be there. I felt good again. That morning I woke up early and looked out the window, nothing. So I cooked breakfast, sat in the sunshine chair and felt the warmth again. This time it felt different form before. In that moment I felt so relaxed and an idea came to me. Grandma wasn’t just looking for deer on the mountain. She was showing patients to me. She was teaching me to wait and watch for beauty to come down to you from the mountain. Waiting for a moment to bring others to you through something as simple as a meal, waiting for knowledge to come from a puzzle being solved, and waiting for the sun to melt your heart.

How Do We Know What Snacks to Feed Our Young Athletes?